This post follows on from one titled Adventures in Benefits, wherein I explained the fun I'd had claiming Income Support. This is what happened next... 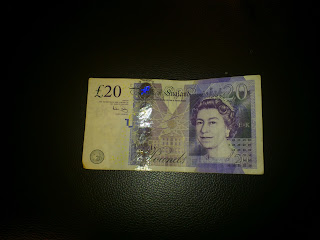 Now, I understand that they don't want to be paying me benefits while I still have wages - that would be stupid. But... well, when you start a job, you work a month in hand, right? Your monthly pay is a month in arrears. And benefit payments are also made fortnightly, in arrears. So realistically the money I received at the end of January covered January and not February, and I should have been entitled to benefit from mid-February. That probably sounds a bit money-grabbing, but it is also basic logic as far as I can see.

I called back at the end of February and re-submitted my claim. They sent me a form to sign again, and I sent it back again. And so began the 14 working day waiting period. Those of you keeping up with this may have noted that by this point, I have gone a month and a half without money. The Working Tax Credits people don't take 14 working days to process the fact you are not working; that money was stopped from the day I called to tell them of my change in circumstances.

Eventually, after 14 working days, my claim was processed and I was awarded Income Support at £71 a week. The claim was back-dated to the end of February, and a payment was sent - by BACS, which takes 3 working days. So that's now 17 working days.

In the meantime, it was a particularly cold spring, and I still have a hole in my ceiling from the earlier issues with the roof, which means that my heat mostly goes out of the hole and into the roof space. My bedroom is never warm, and I have an electric oil-filled radiator in there at night to keep S from freezing. My gas and electricity could not wait 17 working days for me to top them up and a lot of the money I did have went on that.

My daughter is currently munching her way through as much as she can get her hands on. I tend to be picky about what I let her get her hands on, so my money was going on making sure she had decent food to eat.

Towards the end of that 17 working days, when my bank balance was practically non-existent and the 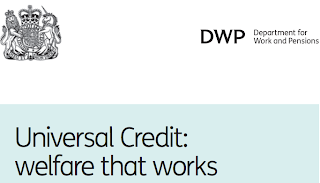 kitchen was looking a little too Mother Hubbard-ish for my liking, it occurred to me that benefit reforms are due to come in. Now, aside from whether I think they are a good idea, or I think I will be better or worse off with the changes (really, they're so opaque about how these things are worked out who knows until the new payments are made?)... does anyone realistically trust this government to make the transition to Universal Credit smoothly? I sat and thought: do I want to be relying on these people for the only money I have coming in?

This was not helped by the fact that when it got to Day 17 and I checked my bank account, it was decidedly bare. When I called to enquire as to where the hell my money had gone (perpetually paranoid that my application would be turned down and I would be penniless), I was told by the call handler that she simply didn't know why the payment had not been sent, but she would send it now. Doesn't fill you with confidence, does it.

And so, I decided that I would rather go back to work and have benefit help me pay for childcare, than stay at home and rely on benefit to live. It's not very reliable, as it turns out, and that makes me nervous. It was ok to be skint and live off rice and beans when it was just me, but I have more expensive and varied tastes for my daughter.

From the end of April I will be Single Mother At Work. Expect a lot of griping on the blog as I come to terms with leaving my precious little S at nursery, with getting us both up and out of the house on time, and with covering baby food marks on my work clothes. The nursery settling in session start next week, and I am petrified.

Thanks for reading! If you've enjoyed this post please share it with your friends using the buttons below!
at 21:48